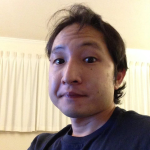 If you’ve been using Google Maps as of the late, you might have noticed something different about it when it gets later in the day — it activates “night mode”, darkening the colors of the map in order to represent the fact that the environment has turned from day to night.

This is one of the simpler examples of “time segmentation” used in software platforms: the idea that features and designs change relative to the time of the user.

The “night mode” of Google Maps is a simple day/night segmentation that divides the day into 2 parts. Other examples might include Google Doodles that segment the year into days, and Facebook’s “On this Day” news-feed feature that takes a more historical approach to time. Time segmentation as a practice isn’t anything new (it’s been around since clocks have been around) but given that most software services operate on the “we’re open 24/7!” principal, tech companies have been relatively slow to adopt these ideas into their design and marketing practices.

On the surface, these “features” might look purely decorative and almost silly, but keep in mind that software time segmentation (especially in customer-facing products) is a relatively new field and most companies are just starting to get their foot in the door. Given the potential for software to automate and scale these practices in real time, however, the opportunities for both innovation and business can be said to be immense.

For now, Google Maps’ “night mode” might just be a simple switch in color palette, but it’s not hard to imagine the possibility of more substantial features being built on top of its infrastructure later on. Perhaps it could affect the search rankings, results, suggestions, and content/ad placements relative to the time of the day — if it isn’t already doing so already. Better targeting leads to better satisfied customers and advertisers, and an experience that’s both seamless and integrated: a win-win for everyone. 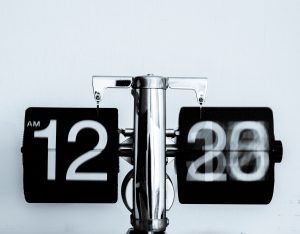 How to Build a Time Segment

Time segmentation is a relatively uncommon practice, even in traditional businesses models, but has always been heavily used in broadcast mediums such as TV or radio. You’ve probably noticed by now that TV is usually broken up into 30-minute time slots — each of those slots can be considered a “time segment” in technical terms. Prime Time is “prime” for a reason — for those hours between 7-10pm where people are most likely to be watching/listening, advertisers have shown that they’re willing to pay a hefty premium for those slots. If you’re a content creator, that’s where you want to be as well, because it’s where you’re most likely to catch your big break.

People’s tastes can vary wildly throughout the day, depending on their mood and what they’re doing: what they want at 6am in the morning will be different from what they want at 6pm at night, for reasons that would be very obvious to a person but not necessarily to a machine that isn’t able to make a distinction between the two. The goal here is to make the machine just a tad bit more sensitive to the needs of the customers in order to provide a better experience for them overall.

Let’s assume that Lisa (fictional persona) is a long-time subscriber of Pandora Radio, and uses the service quite heavily throughout the month. This is an hourly-segmentation of the daily cycle, broken up into 24 parts. One thing this tells us is that Lisa uses the service the most consistently during 9am–5pm, especially the 2 hours right after lunch (1–3pm). From this we might speculate that she’s probably using the service from work, where she’s tied to her work computer and needs something playing in the background. The spike after 1pm might be her way of combating her after-lunch coma, but we’d have to do more research on it to be sure.

Now, lets look at the data in more detail:

On an algorithmic level, you can extract some of the more prominent attributes from each segment, based on their interactions with the application. If Lisa consistently picks more upbeat songs in early afternoons, the algorithm should give those attributes a little more weight next time around. Same goes with the Thumbs-Down attributes as well, except in the opposite direction.

In traditional analytical methods, Lisa’s behavior at 7am-vs-3pm or 9am-vs-1pm would be flagged as a contradiction, making her look like an indecisive schizophrenic who can’t decide what she wants. But, with a little more context, the data makes perfect sense: people do different things at different times of the day for different reasons! If the application can be made to accommodate those changes on some level, the likelihood of the listener having a good experience becomes that much higher.

Over time, the application will learn to anticipate what Lisa’s might be wanting to listen to based on the time of the day. If she enters a new stage of her life and starts to change her listening habits, the algorithm will adjust to these changes accordingly — gradually, over time, seamlessly. If Pandora’s mission is to “only play music that you’ll love”, then this feature should become a fairly invaluable asset.

While the data from these segmentations might be interesting in themselves, there’s also a business element to this practice: we can make a case to advertisers that they ought to be paying a premium for the times between 1–3pm where users are listening the most. (Since Pandora makes 80%+ of their revenue from ads, this part may be of particular importance.) It gives an additional element of competitive pricing, as well as additional slots as a whole, leading to a lot more business opportunities over all.

Not to mention — lots of data! Just multiply what you have with the number of segments you’re planning to add, and you’ve basically increased your data points by that-many-folds. For you scientific-minded folks out there, I boiled it down to a single equation:

Data*Segments=More Than What You Know What to Do With

So if I have 5 data points from the fact that I have 5 songs in my playlist, adding a 24-hr segmentation would increase that to 120! That’s a lot of datas! 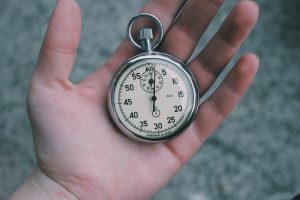 Will time-segmentation lead to the perfect algorithm that will anticipate our every move and eventually become our AI robot overlords? No, as with any other software practice, it’s just another parameter, and the process is only as good as the people analyzing and applying them into products and results. The tool can be as crude as assuming that most people sleep during the night and are awake during the day, or it can be as sophisticated as an algorithm that automatically generates an all-day, personalized playlist depending on your previous listening habits and behaviors.

As with any curatorial process — even ones done using traditional methods — the best you can hope for is a close approximation of what you’re aiming for, since it’s impossible to anticipate everything that a person wants. Still, people are creatures of habit and most of us tend to settle into routines and rituals even if it may not necessarily be “normal” by societal standards. Since the time-axis tends to be ignored in a lot of customer-facing software platforms today, even a little bit of additional fidelity may go a long way.

In general, given that the pixels on the monitor screen is in short supply these days, it’s likely that we’re going to see a lot of experimentation done on the time-axis as a way to expand the digital landscape further down the line. (Time segmentation is a methodology that allows you to convert time into additional space, in a way.) The problem with time, however, is that since time never stands still, it’s difficult to even talk about, much less control.

But given enough experimentation, it’s not unthinkable that someone out there will eventually crack the code, at least on some level. We can then expect all kinds of new “smart” features and applications being built around both space and time, coming to a complete picture of how the physical and social worlds intersects. The time-axis, I believe, is where UX/UI has the potential to grow the most, since it’s one of the 5 Ws (Who, What, When, Where, Why) that has gotten neglected in the tech space up until now.

Product Mindset: How to Get Inside Your Customer’s Mind

What are the essential tools and software for product managers in 2020? Update your gear with this tailored guide and… READ MORE

Software users are no longer looking for products but direct solutions. But how can you achieve great UX? And… READ MORE

The definitive guide to the Product Management Blog, with everything you need to navigate all of our resources and… READ MORE

Fill the form and submit your application